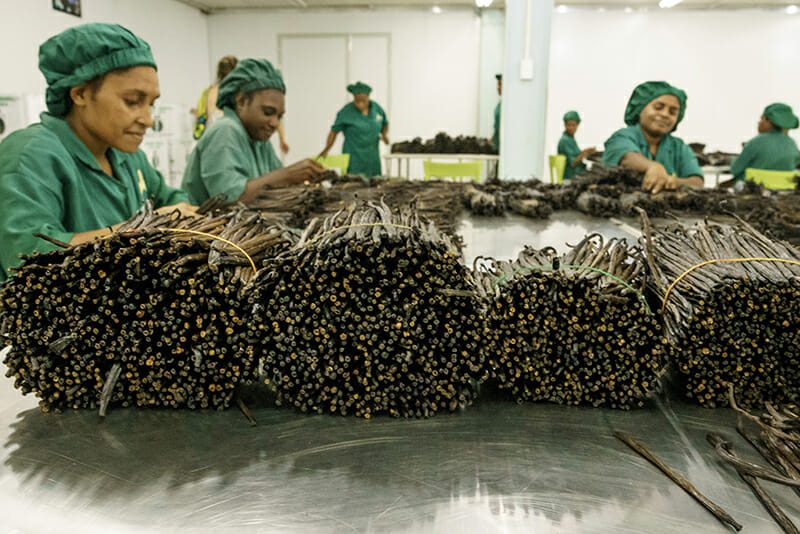 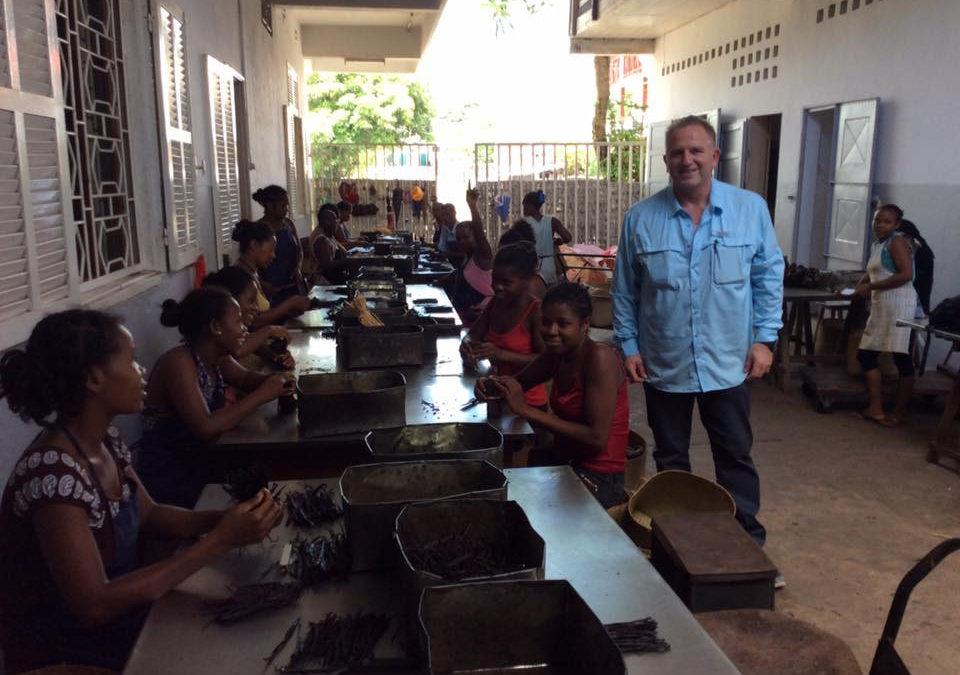 We are all hurting with the current vanilla shortage. We have seen prices shoot up to 2001 Crisis levels in local currencies, alleviated slightly by the strength of the US dollar. In the past year, vanilla has risen from $60-$80/kilo to $200-$250/kilo.

Now we’re on the edge of the 2016 vanilla season. What can we expect? Nothing is certain, so we will not make predictions here. But as we watch what happens, we will continue to keep you informed on what we learn.

Donald Schmidt, Cook’s VP of Production, recently returned from a trip to Madagascar where the speculation which first drove up the price has pretty much stopped. Most of the stocks appear to have been sold, and producers are currently contracting for the 2016 campaign. Meantime, producers from Indonesia, India, and Papua New Guinea, started selling their first lots of vanilla, which farmers have replanted after pulling out of the industry during the years of unsustainably low prices. Their yields will increase in 2017. We expect that by then prices will fall drastically, as supply will begin to greatly exceed demand.

On the ground in Tonga, drought has continued to affect vanilla production on all the islands but ‘Eua. The markets will open early due to early flowering and pollination. Despite the intense labor of pollination, farmers on the main island of Tongatapu have reported a yield of one-third of what they had planned due to drought.

Tongan vanilla is of exceptional quality—matching Madagascar’s—and with quality being such an issue globally, as it always is when prices are high, it is key that we maintain it through our operations here.  We are on the ground working with farmers to push them to harvest vanilla when only when it’s ripe, as the flavor profile develops in the last few weeks before ripening. And we take great care in the curing process as well. While Papua New Guinea, India, and Indonesia are producing more and more vanilla at competitive prices, the quality is inferior to that of Tonga and Madagascar. Good vanilla extract can only come from good vanilla. Period. So quality control is key to our business. Only then can we pass on the quality to you!

With prices at this level, supply of premium extract-grade splits has also dwindled, with the emphasis being on low-quality cuts (inferior vanilla with low vanillin content) and gourmet. This is a trend we are monitoring carefully.

We will continue updating you as to pricing forecasts as we gather information.