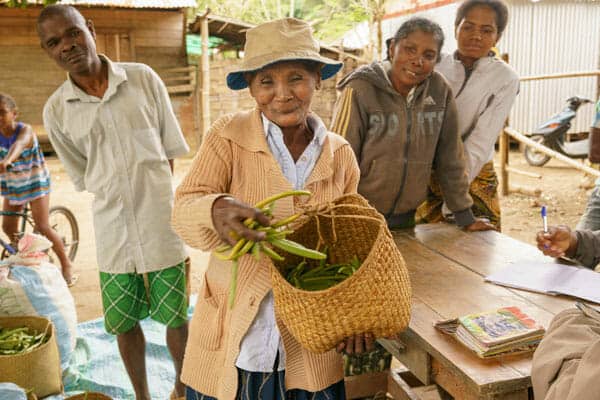 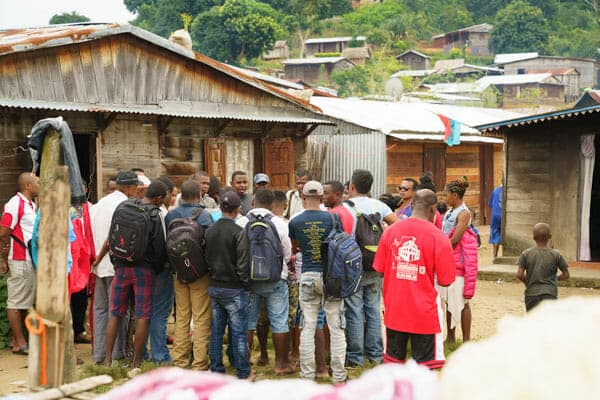 We are just back from Madagascar’s opening of the 2018 vanilla bean harvest, known as the “green campaign,” when farmers bring their green vanilla beans to village markets.

This year’s crop is large. Quality is up. Green vanilla bean prices are trending down. For the first time since the crisis began roughly three years ago, we finally can deliver positive news from the world’s largest source of pure vanilla.

Vanilla Prices Are Falling, Finally. Question is How Far and How Fast.

Markets from a Lost Era

For those of us who think of global commodity markets as centralized exchanges where computers flash prices to the fourth decimal point in fractions of a second, the vanilla bean market is time travel to a century past.

Women arrive at village schoolhouses carrying their harvest of green beans in woven baskets balanced on their heads, the men shouldering bamboo poles hung with baskets at both ends, porter-style. In remote villages inaccessible by road, farmers may walk for several days to reach a market.

Upon arrival, each farmer’s basket is weighed in public and noted in a ledger and each farmer’s small paper booklet. Village leaders write their collective asking price on a blackboard. Buyers, known as “collectors,” walk to a water bucket, wet a cloth, erase the asking price, and write in their counteroffer. Thus is set the global price for vanilla beans, one of the world’s most valuable food commodities. 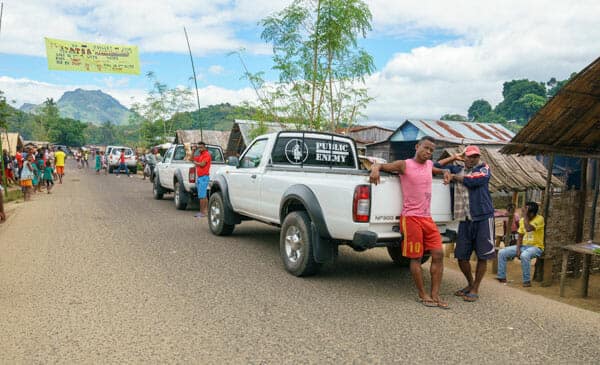 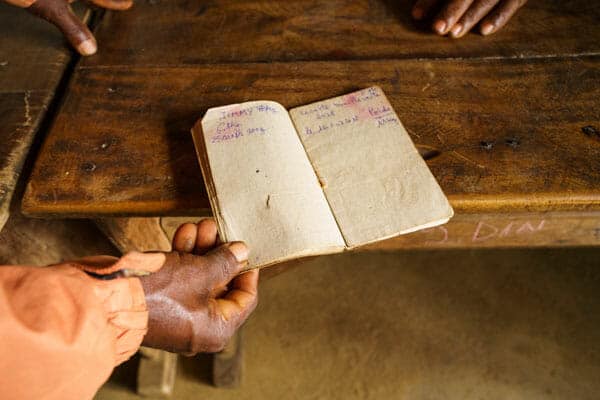 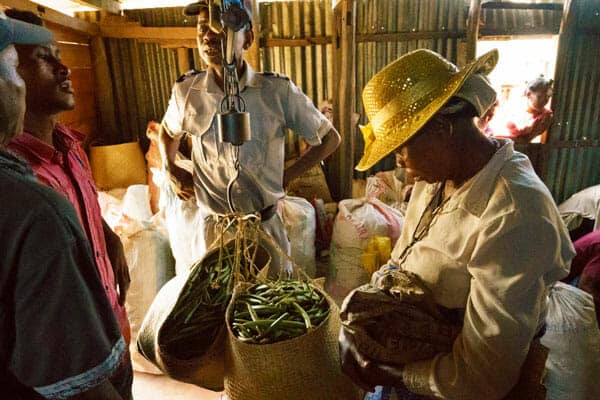 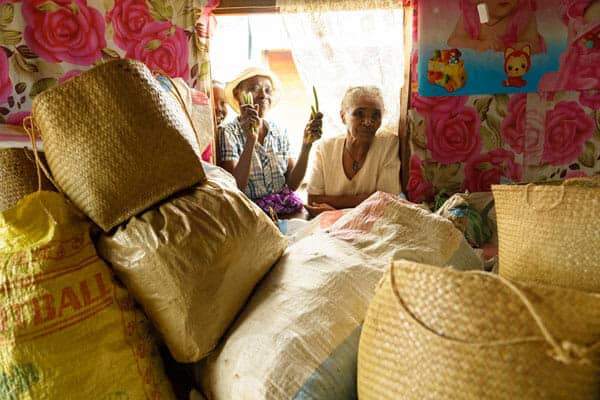 Grave disappointment among farmers and extreme caution by buyers marked the July  market opening in the SAVA, Madagascar’s main vanilla region. Farmers remain wedded to exorbitant price expectations. For now, their resistance to lower green vanilla prices is forestalling a precipitous slide, but the price trend is clearly down.

Farmers are holding substantial inventories, estimated at 15 percent of last year’s crop, and will have even bigger stocks this year.

Many farmers are instead partially curing their own beans for a week or two (rather than the four months required) and then vacuum packing them, a bad practice that often damages the vanilla but allows farmers to hold out for a better price later. This inventory overhang will exert more downward price pressure when the cured vanilla bean market opens in October.

The big export houses are staying on the sidelines, watching and waiting. As the saying goes, no one wants to catch a falling knife.

In village after village, farmers huddled to strategize, holding firm on their asking price of $60 to $65 a kilo for green beans, higher than last year. (Depending on bean quality, that green price can yield a cured black bean price of anywhere from $520 to $600 a kilo). Farmers argued that they had followed instructions from local exporters to keep their beans on the vine until ripe, and delivered a crop that was about 70 percent mature.

Farmers offered a simple, if flawed, logic: buyers bought poor, unripe beans last year for record prices, and so should pay more for better beans this year. Rather than reducing their asking price, the farmers vowed to keep and partially cure the beans themselves.

The “collectors,” buyers representing big exporters or operating as independent speculators, wore aviator shades and lined the main roads with flashy 4×4 pickups, forming their own huddles. They weren’t budging. Large bean exporters — who will spend the next four months curing the beans — were offering less than half the farmers’ asking prices.

The standoff continued all week, until some beans finally began moving around  $40 to $50 a kilo, down roughly 15 to 20 percent from last year.But the big exporters who dominate the market largely stayed away. Volumes traded were minimal.

Harvest quality is much improved. After several years of rampant premature picking, farmers left most of their beans on the vine to maturity this year, yielding more yellowed and split vanilla, the telltale ripeness that produces top flavor. In addition, riper beans increase the yield of green beans to cured, bolstering final tonnages. Still, because farmers harvested their beans all at once instead of picking each one as it ripens, about a third of the beans we saw were immature.

A World of Limits

No vanilla bean buyer can risk meeting Madagascar farmers’ demands for even higher, completely unaffordable prices. Pure vanilla extract prices have risen from $60 a gallon three years ago to $260, driven by bean prices. Demand for pure vanilla has shriveled. Continued price escalation could crush it.

Malagasy farmers face rising competition from Papua New Guinea, Indonesia and elsewhere. Their vanilla is generally not as good and their curing practices fall far short of the laborious traditional methods that prevail in Madagascar, but at today’s prices, many buyers don’t care.

Global supplies will continue to rise as new plantings outside Madagascar come into production. Based on current estimates, there is ample vanilla available to meet global demand.

Some multinational flavor houses that do high-volume, hot extractions say it’s already too late to save Madagascar’s artisanal production. That’s an ugly outcome as far as we’re concerned, and hardly inevitable. A sustainable vanilla price is clearly in reach, one that pays farmers fairly and allows hand cultivation, sun curing and the artisanal cold extraction methods we have practiced for a century to thrive.

We sympathize with Malagasy farmers, but most seem oblivious to these larger forces. One farmer told us that vanilla was like petrol — that people have to buy pure vanilla no matter the price. But vanilla is not a necessity. Moreover, today’s lower prices are still much, much higher than vanilla sold for just a few years ago. Even a 50 percent drop would still leave vanilla bean prices at extremely high historical levels.

Evidence of the humongous cash inflow generated by high vanilla prices is visible everywhere in Madagascar’s vanilla region. Inflation is rampant, doubling the price of rice and other foods, and tripling the average wage. The inflow of hundreds of millions of dollars to farmers has yielded clear improvements in village living standards.

Nor do we wish to see a price crash like 2004 to 2010, when green bean prices collapsed to less than $5 a kilo, eliminating competition from other countries, impoverishing Malagasy farmers, and boosting demand for pure vanilla beyond the capacity of farmers to meet it, for use in products that don’t require it. By swelling demand and slashing supplies, unsustainably low prices are what created today’s unsustainably high prices — a classic boom-bust commodity cycle.

We expect prices to ratchet down as the season progresses. Cured vanilla beans are currently hovering around $450 to $500 a kilo. We expect they could dip to the $300 to $400 range by the end of the year. If the fall pollination season signals a big 2019 crop, prices could potentially drop as low as $250 a kilo early next year.

Our biggest worry now is that farmers will resort en masse to partial curing and vacuum packing, all but negating the quality improvements in this year’s crop. Farmers are likely to mix last year’s low-quality vacuum-packed crop with this year’s more mature crop, ruining the latter.

The potential for a crash remains, if inventories grow and sellers panic, liquidating into a falling market. But short big surprises in crop size, bad weather or political upheaval, prices are more likely to stabilize at a sustainable range for both farmers and end users.

Organic buyers — who must purchase green vanilla for curing — establish something of a floor on prices, but if conventional prices drop substantially, organic will follow.

A price crash may sound appealing to vanilla users after three years of exorbitant price increases, but we want to avoid market disruptions on both ends. Stability is in everyone’s interest, including our customers.

So far, it looks like we’re headed for a soft landing. That is great news.

Please call us with any questions. We’re a family owned and operated business and we love talking to our customers. You are our business.