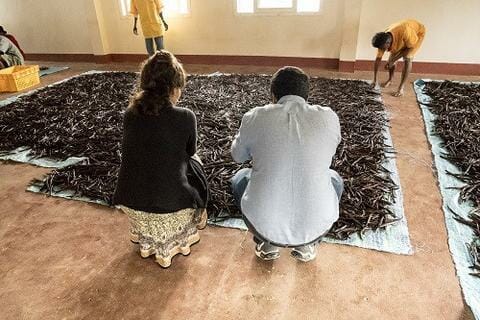 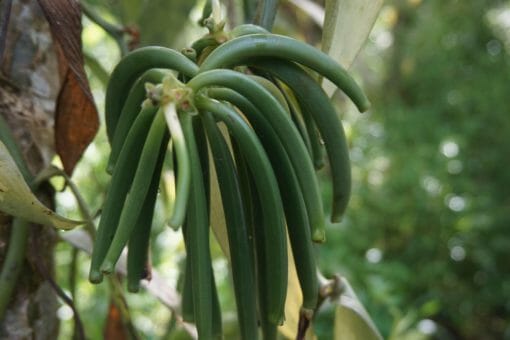 This week’s official opening of Madagascar’s green vanilla market shows every sign of continuing the turmoil that has plagued the market for the past two years. As we celebrate our 100th anniversary, we hate to bring you grim news in such a proud year for us.

We are deeply worried about the future of the pure vanilla culture. So is the government of Madagascar. So is everyone who treasures the centuries-old hand cultivation and curing methods that are the signature of Madagascar vanilla and the industry’s gold standard.

We have been able to maintain our highest quality by directly sourcing our vanilla on the ground in Madagascar. We will continue to do so. But no one is immune to the shocking and unsustainable price increases we are now seeing. They are the root cause of an accelerating destruction of the Malagasy vanilla culture.

For our customers who remain committed to pure vanilla, we continue to source high quality vanilla. For those who cannot afford these high prices, we manufacture many high quality vanilla/ vanillin blends. We make many versions of these. See our complete vanillin report here.

Yesterday’s official opening of the Madagascar green market saw many buyers and sellers but little action. Farmers were asking up to $120 per kilo for green (compared to $60 last year) and buyers were offering around $35. There were few sales, and we’ll be watching very closely to see where the market lands. As of now, we think prices this year will run $550 to $600 per kilo for cured Madagascar vanilla beans.

Let’s walk through what’s happening and how we got here.

The 2002 market crash left premium pods selling for $20 a kilo, driving a powerful runup in world demand. Large food manufacturers incorporated pure extract into their products. Prices stabilized for awhile at around $60 a kilo for cured, but inevitably, demand began to outpace supply. Farmers increased planting in the world’s vanilla regions, but crop failures and other factors constrained supplies. The supply/demand mismatch triggered a price escalation.

These include:  premature harvest, quick curing , proliferation of freelance middlemen (think the corner drug dealer), pre-financing by large buyers who flood the market with cash, and continued demand by U.S. and European end users.

The crash we expected at the end of last year never arrived. Then came Hurricane Enawo, which destroyed 20 percent or more of the crop, less than we initially expected but still a big factor. Farmers collected the beans blown from the vines at about 5 months maturity, well short of the 9 months required. These vanilla beans have little or no flavor and should not be sold but are.

The insidious practice of “quick curing,” which uses artificial heat, has secured a giant foothold, expanding from one or two export houses to more than a dozen, including big-name firms. Quick curing ruins quality.

Even more dangerously, it ravages the workforce and obliterates the painstaking traditional curing methods that produce premium vanilla beans. It’s basically the industrialization of an artisanal process, with typical consequences.

Any American user who has an interest in sustainability or quality should not be buying these vanilla beans. Yet many are looking the other way.

Quick curing is so rampant that Madagascar’s Prime Minister called out by name the companies practicing it, and vowed to enforce a ban. The effort has been undermined by corruption at nearly every level.

Premature harvest is now rampant. Vanilla beans are truly gold. The incentive for farmers to harvest too early has metastasized into an extraordinary threat from theft, including murder. People are literally killing for vanilla beans. Farmers want them off the vines yesterday.

The situation is so dire that fully ripened vanilla beans are now available only from the most remote villages.

Large international flavor houses are piling on. Many are buying these horrible vanilla beans at ridiculous prices, making low-quality vanilla extracts and selling them to end users who either must — or feel they must — have pure vanilla on their ingredient label. These include companies that market their “ethical and sustainable” business practices.

This is wrecking the vanilla culture and destroying the lives of extremely poor people.

We urge our customers not to participate.

The government of Madagascar put a $3000 limit on bank cash withdrawals during the weeks before yesterday’s official campaign opening, but this has had little effect because the big money is coming from overseas.

We are still obtaining quality vanilla beans by going to primary sources on the ground. The vanilla beans are very expensive and securing them is getting increasingly difficult. Cook Flavoring Company is sourcing the world market, including Papua New Guinea and Mexico, but supplies remain short and Madagascar drives the world price. We will provide an update on other vanilla regions soon.

We have stopped pre-financing vanilla bean purchases. We are encouraging those who cannot afford these high prices to use of our high quality vanillin blends, which are far superior to bad pure vanilla extract. Demand by end users has already shrunk significantly and we hope that it drops enough by year’s end to halt the chaos.

We never thought that on our 100th anniversary we’d be hoping that the demand for pure vanilla recedes. But the sooner prices fall, the better the chances of saving the exquisite pure vanilla culture that is our lifeblood.

Don’t hesitate to call with any questions. We’re here to help and so appreciate your loyalty.