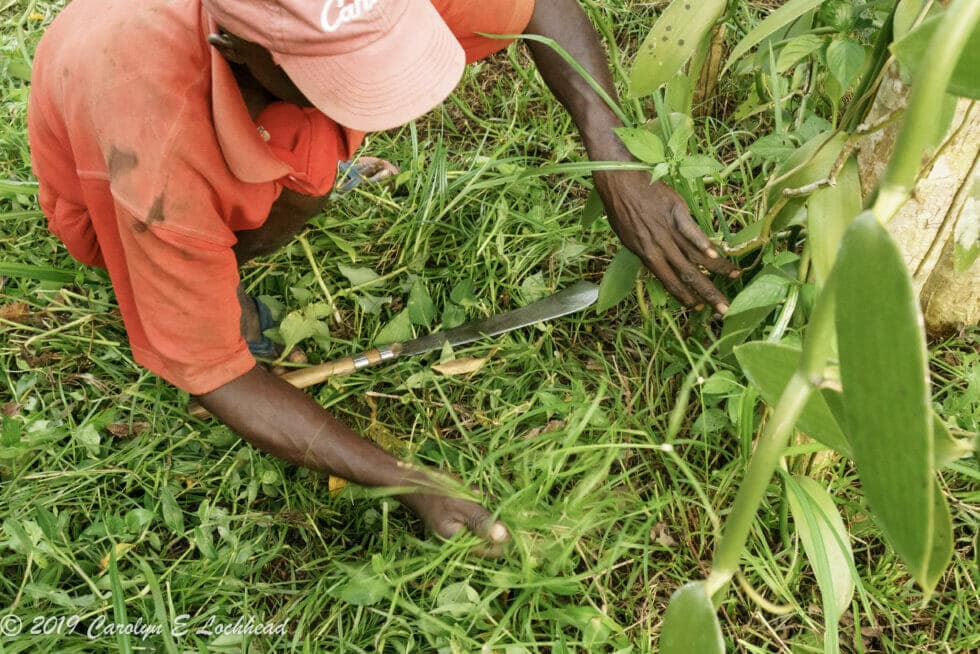 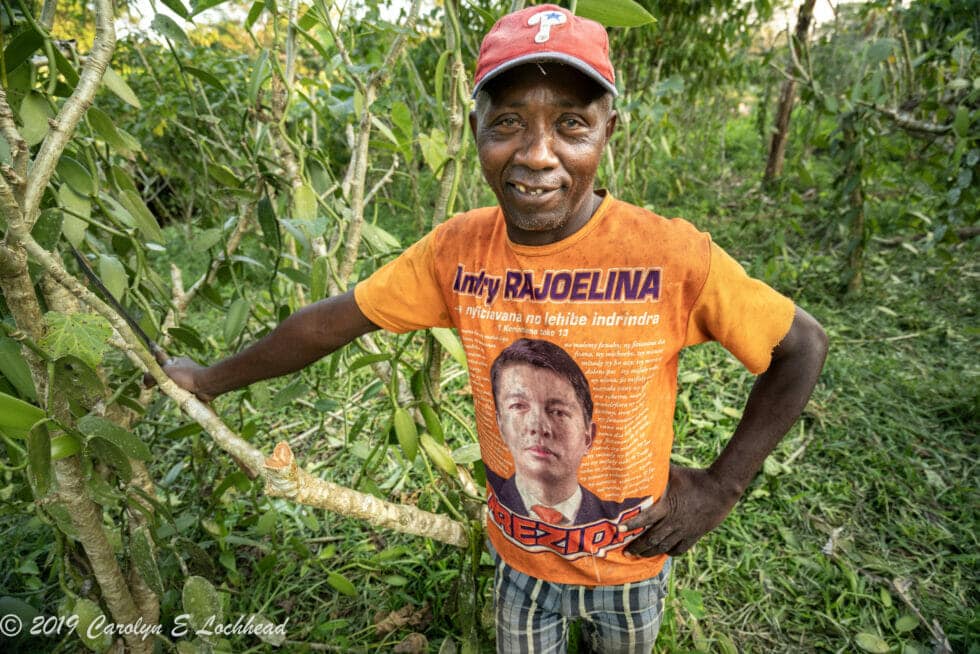 Loky Bemananjara and his neighbor Jao Quatorze grow vanilla off a rutted dirt road outside Sambava, in Madagascar’s prime vanilla region. We visit them often, to see how their vines are doing, and to try to understand the challenges they face.

Two years ago, we arrived to find their lush plantings destroyed by Cyclone Enawo. The support trees were stripped bare, the farmers’ bamboo shelter blown away, their crops badly damaged and their vines yellowed under exposure to full sun.

All they could do was start over. All their work — planting, mulchining, pruning —  is done by hand, using machetes sharpened on a stone. They walk to the fields from their village each day, except at harvest time, when they patrol all night to protect their vanilla crop from thieves.

One morning last February, they arrived to a shocking sight. 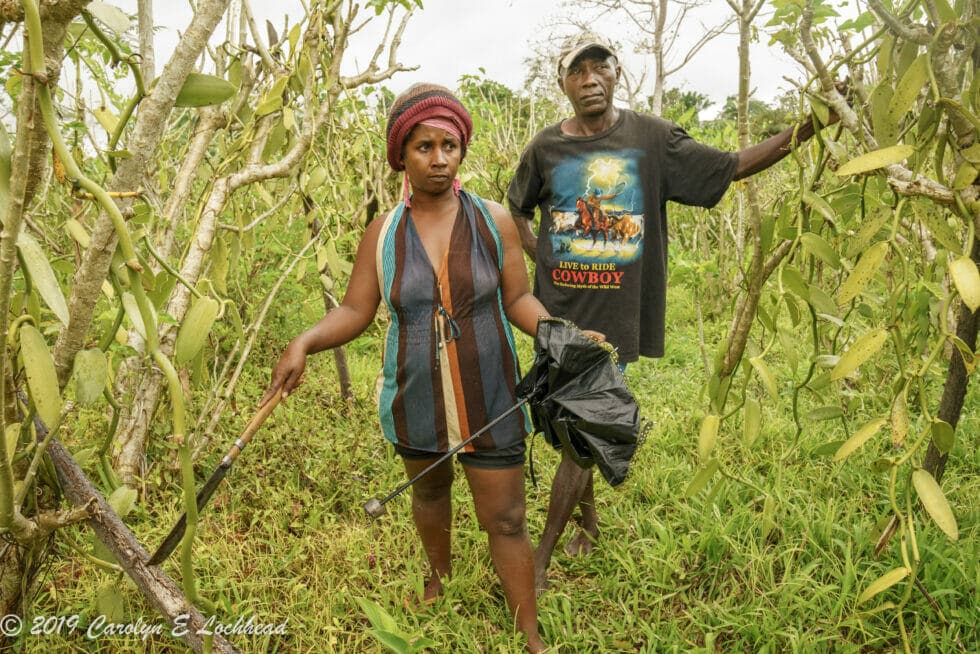 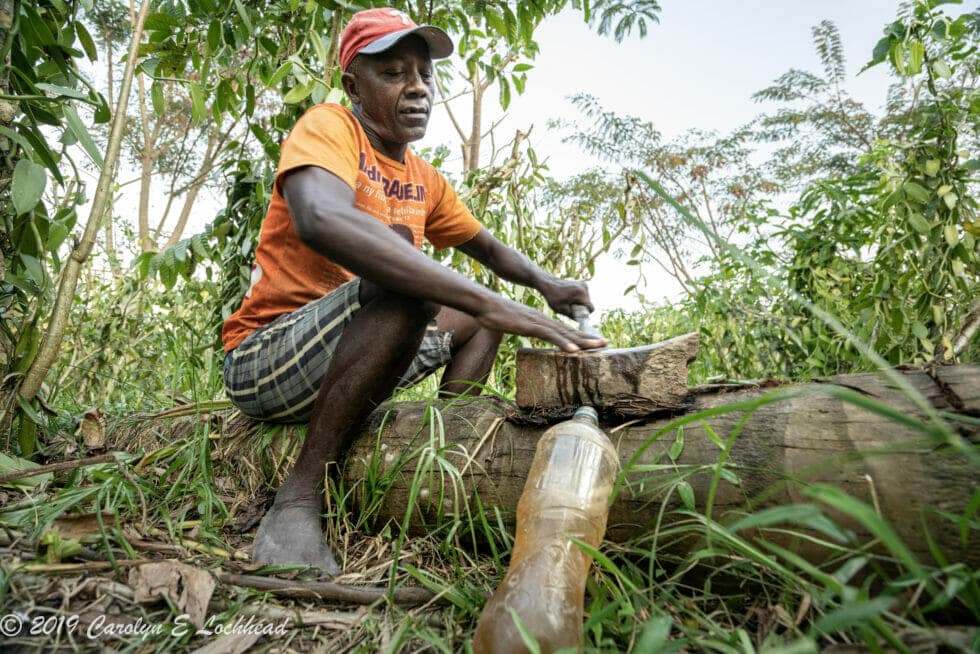 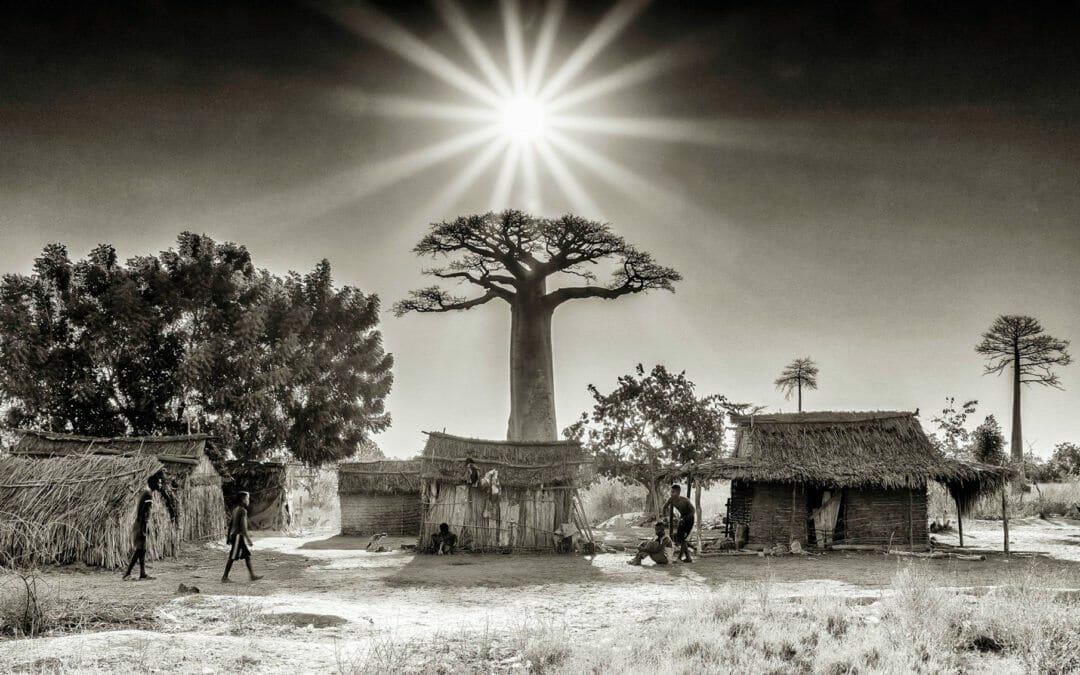 It was so early in the growing season that the vanilla pods hadn’t even developed seeds. It never occurred to these veteran farmers to start the arduous ordeal of night patrols.

The vanilla was so green it wasn’t worth stealing.

Except apparently it was.

Loky and Jao’s entire crop — and the crops of all their neighbors — were stripped overnight. The theft wiped out a year of grueling labor and cash income.

Why would thieves steal vanilla that was nothing but green sticks?

To meet a thriving demand for cheap vanilla. The lowest-grade vanilla bean “cuts” are now the most popular beans on the Madagascar market.

Then there’s ground vanilla, a recent hit in Europe, that consists of dried vanilla beans ground to a fine brown powder. (Not to be confused with our proprietary pure vanilla powder at Cook Flavoring.)

Ground vanilla powder can be made from ripe, aromatic vanilla beans.  But it’s also an easy way to sell bad beans. Any trace of origin or quality is erased in the grinding and it requires chemical analysis to see what’s really in it. If it’s cheap, there’s a reason.

The oven-dried “quick cure” is another prime destination for inferior vanilla beans. These beans are chopped before being baked in ovens for a couple of days instead of painstakingly sun dried over three months.

Chopping vanilla beans before curing is a fine way to launder bad beans. We saw vanilla bean stems — like the stem of a cherry or maple leaf and just as aromatic — selling for $20 a kilo last year. We couldn’t figure out why until we saw buckets of them at a quick-cure facility in Antalaha.

Where did Loky’s and Jao’s stolen vanilla beans wind up? We’re guessing they were quick-cured or ground into powder. It’s hard to imagine they could be used for anything else.

The end product was probably pretty cheap for whoever bought it. The cost to Loky and Jao was crippling.