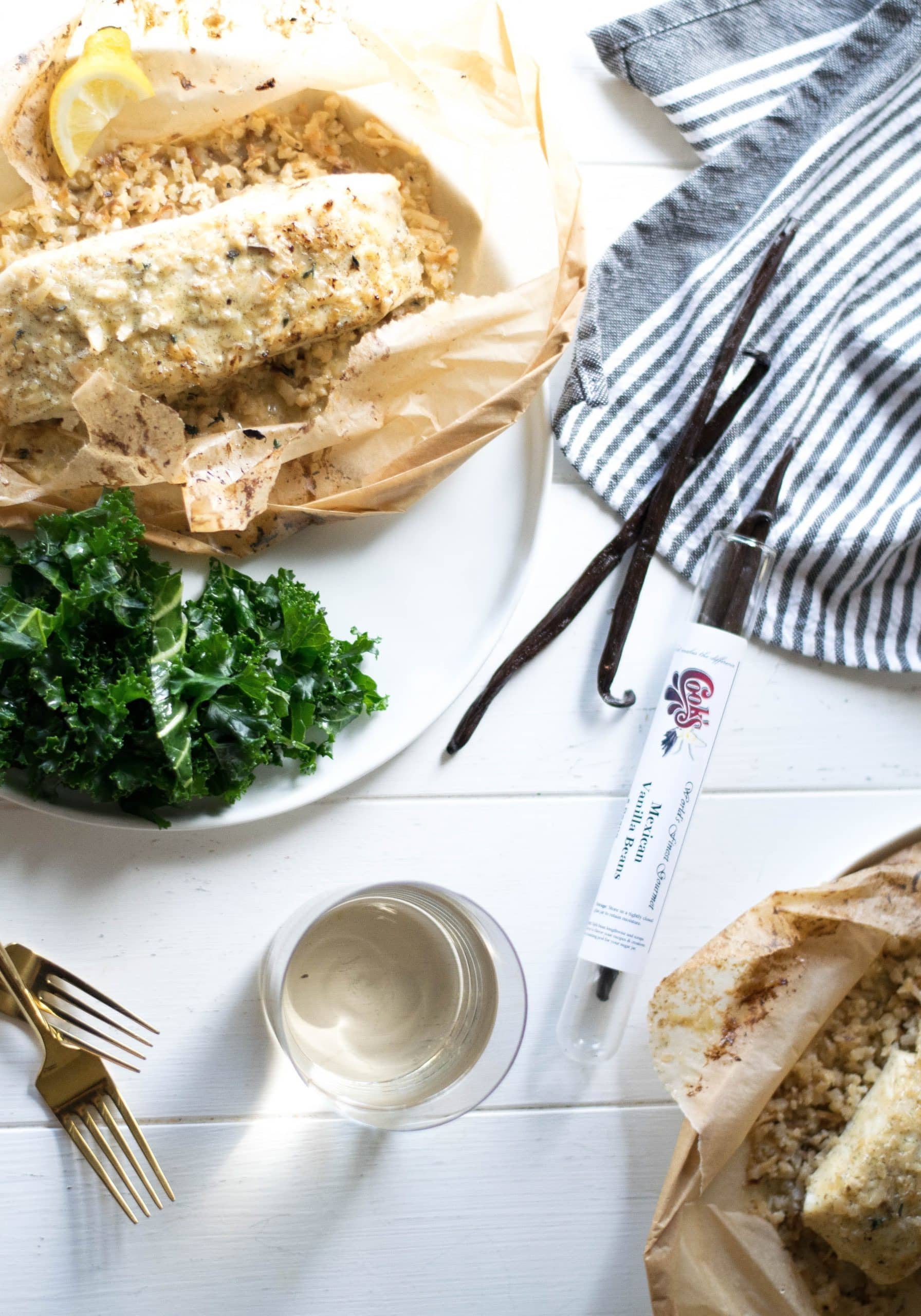 salt and pepper, to taste

Make the vanilla sauce, heat a small pot over medium heat. Melt the butter and sauté the shallot for a few minutes, until translucent. Add the wine, lemon juice, vanilla bean seeds, and pod and allow the mixture to reduce by about half then remove from heat and set aside until you assemble the pouches. Toss the cauliflower rice and coconut together and set aside.

To make the parchment pouches, start with about a 12 x 17 inch piece of parchment. Fold it in half like a book. On one half of the parchment, layer about 4 slices of lemon in a row, being sure to leave about a 2 inch border around all sides of the parchment. Top the lemon slices with half of the cauliflower mixture. Top with a halibut fillet and spoon half the sauce over the fillet. Fold over the other half of the parchment and, beginning in one corner, fold the two halves together by making small folds over on itself, until you’ve enclosed the entire thing. Think like you’re making a calzone. Repeat with the second pouch and lay each on a baking tray.

Bake for about 15 minutes, until the halibut is just cooked through. Allow to cool for just a minute or two then carefully snip open the top of the pouches and peel open. Finish with a squeeze of lemon wedge over the top and serve alongside a quick salad or sautéed broccoli.