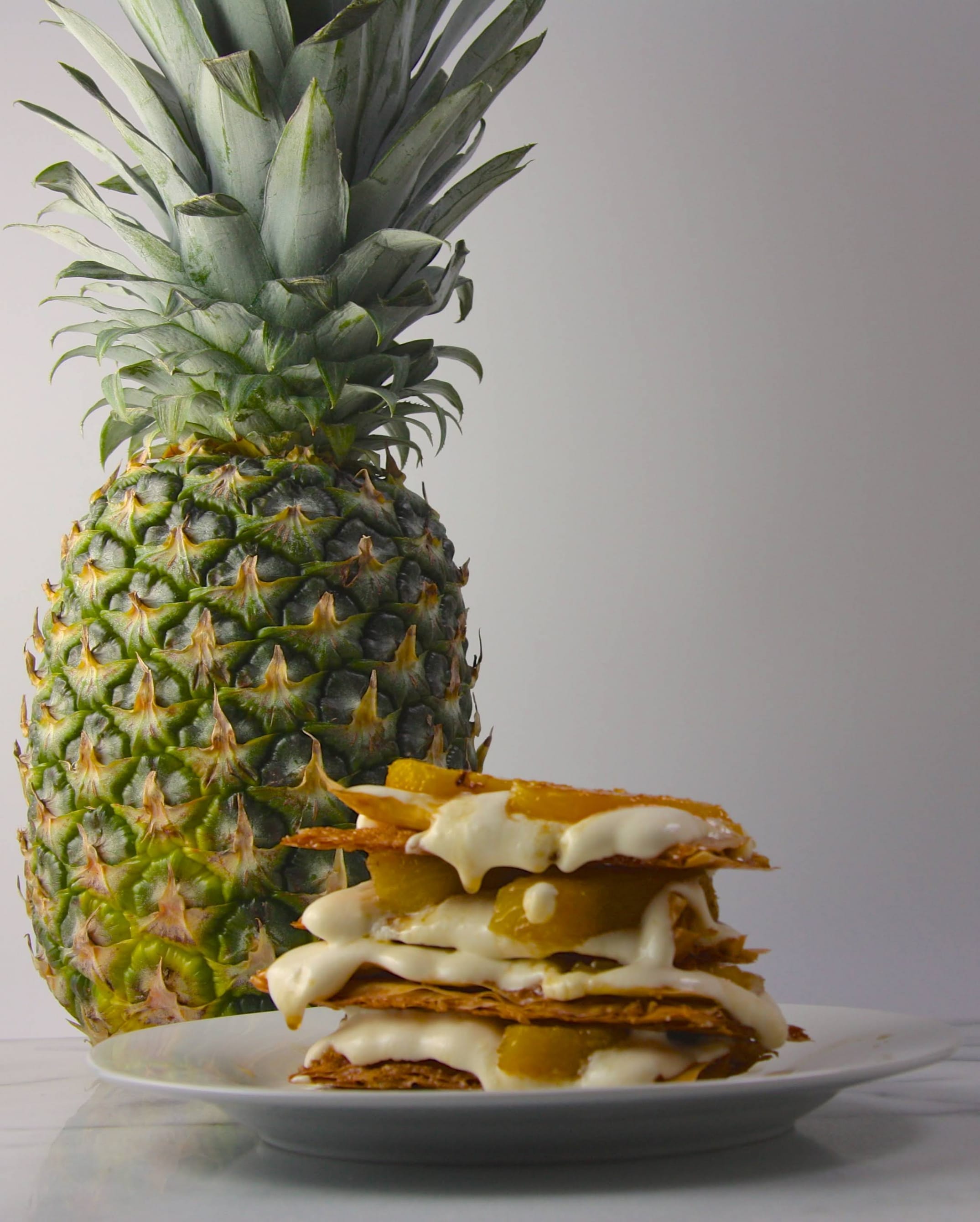 For the Cream Filling:

1 Pineapple, cut into chunks, about 1/2 in thick

For the Cream Filling:

Combine the gelatin and water and set aside to set up.

In a double-boiler or metal bowl, combine the pineapple juice, sugar, butter, and eggs.

Place over boiling water, being careful to not allow the water to touch the bowl with the egg mixture, and using a hand-held electric mixer, beat egg mixture constantly until it reaches 150 degrees or for about 10 minutes. Take the mixture off the heat and beat in the gelatin and water until thoroughly incorporated.

Pour the mixture through a strainer into a large bowl to remove any cooked eggs or pineapple pulp. Place mixture in an ice bath or in the refrigerator (the ice bath will be more efficient to chill the mixture quickly.)

While the egg mixture is chilling, combine the cream and the vanilla and whip until stiff peaks form.

Fold the whipped cream into the custard mixture. Let set in refrigerator for at least an hour.

On a baking sheet carefully take one layer of phyllo dough and then burst with butter and sprinkle with sugar. Then repeat this process until there are 5 layers of pastry. Cut into squares or rectangle and then bake for 7-12 minutes or until lightly golden brown. Be careful to not over bake.

Remove from oven and allow to cool, making sure to cut the pastry again if needed right after it comes out of the oven.

Melt the butter in a frying pan on high heat. Add the pineapple chunks to the butter and sauté until golden brown on both sides. Add the sugar and stir until the sugar is melted and the mixture has a syrupy consistency. Remove from the heat and carefully add the vanilla and rum extracts. Allow to cool to room temperature.

On a serving plate, take one piece of pastry and spoon or pipe the cream unto the top to the pastry. Add two pieces of pineapple from topping mixture, then repeat one or two more times. On your last layer, spoon over some of the rum-vanilla syrup. Serve immediately. 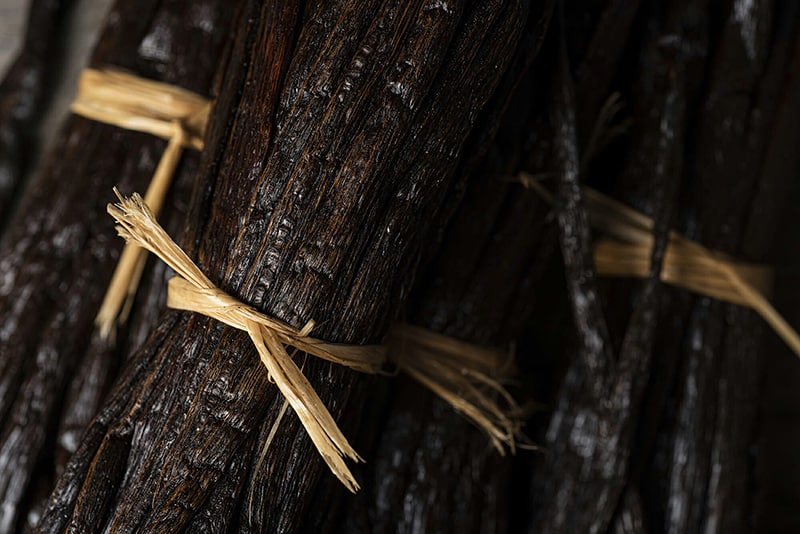