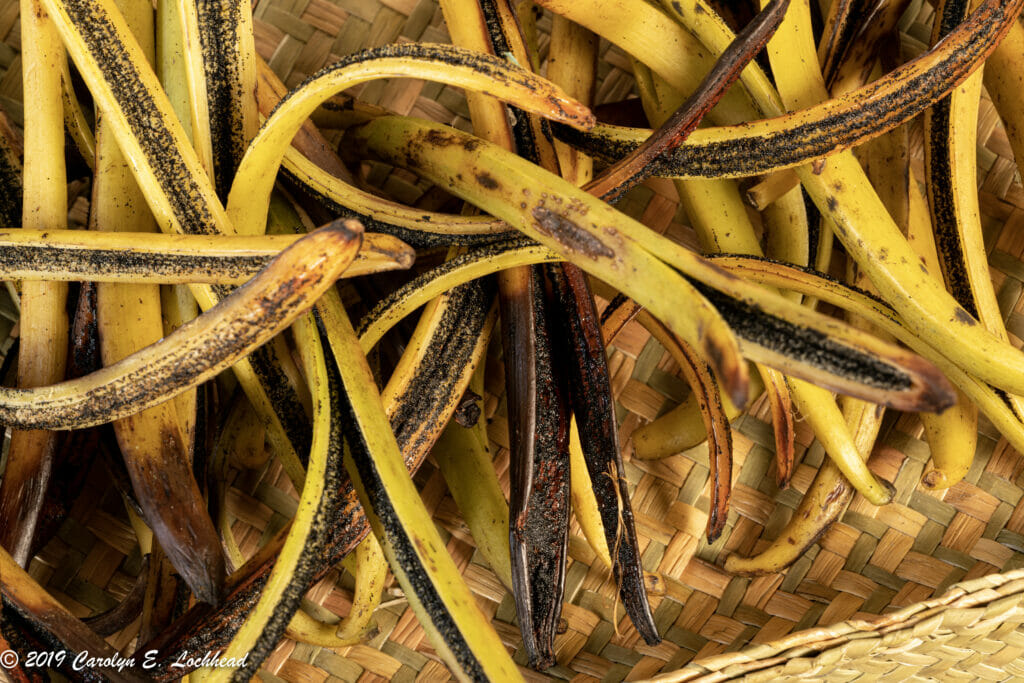 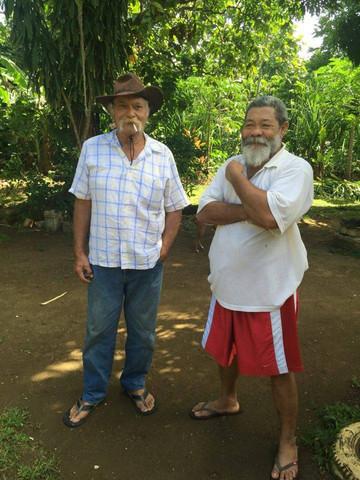 I met Tavake Tonga last year after first meeting his daughter Evelyn when she was here for King George Tupou VI’s coronation. She was in from Switzerland, and we struck up a conversation. Turns out, her father ran Tonga’s vanilla operations for McCormick’s all through Tonga’s heyday, and worked quite a bit with my grandfather, Ray.

“You need to talk to him,” she said. “It would be worth a trip to New Zealand to pick his brain.”

Four months later, he had moved back to Tonga from New Zealand. Evelyn and her husband had fallen in love with Tonga and decided to come back, and to bring Tavake with them. When I met him, he put his hand on his head like he was making a blessing. But instead he said: “You look like your grandfather. Good looking but very short.”

This year, I’m lucky enough to be working with Evelyn and Tavake on all three islands as we face the shortest vanilla crop yet. Vava’u, traditionally home to the vast volume of Tongan vanilla, has been depleted thanks to farming practices pushed on the vanilla growers by the Australian agent of a company paying monthly remittances with aid money. By clearing out the jungle that creates the micro climates in which vanilla vines thrive, he has managed to bring production from around 80 tons of green vanilla to the official count of 2-3 tons within five years. Just in time for the global shortage.

Tavake wears a cowboy hat and fu-man-chu mustache. The farmers are very glad to see him. He has been in New Zealand for so long that we hear a lot of, “Tavake! We thought you had passed away!”

We are talking a lot about curing, and getting vanillin content as high as possible—well over 2 percent, and as high as 3 percent. With the shortage depleting quality too, we are committed to keeping what Tongan vanilla we can get to the highest possible standard.

As we go out into the bush to meet the growers I know separately, it amazes me how generations have come together. Here’s Evelyn, from Switzerland. Here’s me, from California. Our legacy is vanilla, and Tavake says we have pulled him from the grave.

One of the sweetest moments of the past few weeks was when I Skyped Ray for his 93rd birthday. Tavake said: “Ray, remember me? It’s Tavake. Remember when we did vanilla in Tonga?”