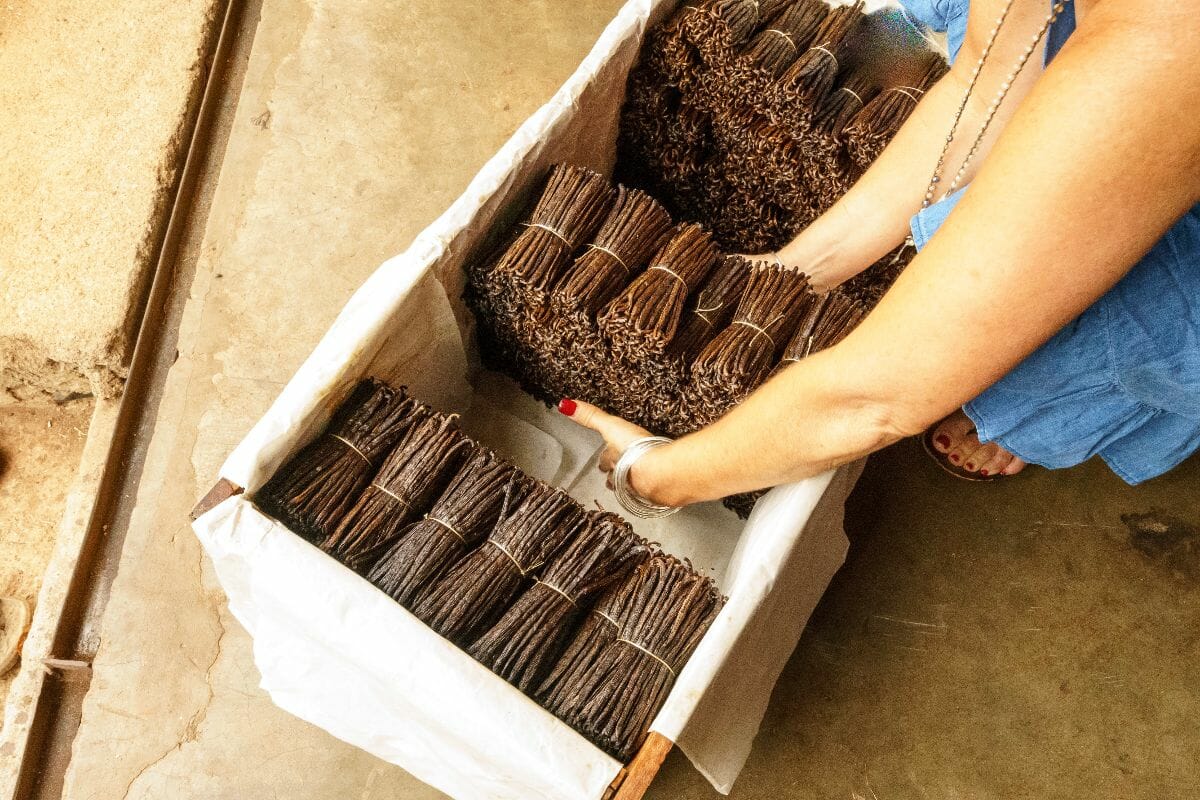 News
Everything Vanilla
Which Vanilla Is Right For Me? 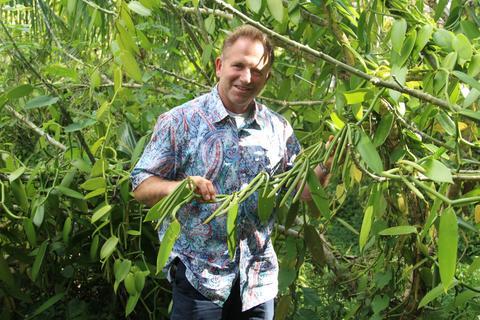 So when I talk to customers about vanilla, it’s almost like matchmaking. We make more than 200 vanilla extracts and flavorings (natural and artificial). We source vanilla beans from all over the world, and each region carries its special characteristic. Beyond our signature extracts, we have pure purees, powders, vanilla “crush” (extract with seeds), alcohol-free pure vanilla (an emulsion rather than an extract), certified organic vanilla, Tahitian, Tahitian-Bourbon blends, pure vanilla two-fold and three-fold, and more.

We produce two Tahitian-Bourbon blend vanillas. We find that a 100-percent-Tahitian-derived extract is too potent—almost to the point of being harsh. Sweetening it with Bourbon beans in fact amplifies the floral flavor profile of Tahitian by offering a gentler component. Our #111 (or #211 and #311, depending on the intensity) is a mellower Tahitian, softened by a higher percentage of Bourbon vanilla beans. Our #113 (or #213, #313…) is a stronger Tahitian. Both offer exquisite flavors.

And of course we produce a full palette of pure/natural vanilla blends, natural vanillas, and Category III artificial vanillas to match beautiful flavor with any price point.

Often, it takes time to find your vanilla. My own favorite is, of course, our classic Choice. I’m on a sourcing trip in Tonga right now, and we just received a shipment of small Choice bottles to display at this island kingdom’s Royal Agricultural Show in ‘Eua and Tongatapu. At the Fishing Club, the island’s private fishermen’s watering hole tucked away past the shipping companies on Nuku’alofa’s wharf, which last night was filled with people who know all about me doing vanilla here, I opened up a bottle of Choice. I couldn’t wait to show it off: I know it’s the best in the world, for one thing. But more than that, I know it’s my grandfather’s work. He is the one who formulated this peerless extract. And the rest of us carry it on—even to the point of working on the islands of Tonga to make sure the vanilla is harvested and cured properly.

They passed it around the table and every face changed: eyes and smiles especially. We’ve been working so hard these past few months, battling a tight market which pushes buyers to aggressively seek immature beans, and everyone at the Fishing Club knows it because sometimes I can’t suffer in silence.

“So this is what it’s all about,” they said.

Yes, this is what it’s all about: an exquisite, beautiful vanilla.

When the global vanilla market reaches the kind of price point it’s rapidly accelerating toward as we speak, margins get squeezed. Here’s when users of pure vanilla extract may need to look at alternatives until the market stabilizes again. If you feel you may be approaching this cyclical dilemma, I have a few ideas:

For ice cream companies, this is a no-brainer: twice or three times the amount of vanilla beans as in conventional vanilla extract means that you save on alcohol (cutting the cost) while also doubling the strength of your vanilla, which saves on quantity and shipping while keeping the purity.

Since premium ice cream makers must use good vanilla as the base for nearly every flavor they make, this is a vital secret to know.

This is rapidly becoming a secret weapon for many of our customers. Because it is an emulsion, this flavor is subtler and gentler than our robust extract Yet it is still pure: you will still taste the sweetness of our beautiful vanilla beans. Where you save on cost is the alcohol. We offer alcohol-free vanilla flavor in various intensities. If you want Tahitian, we’ll give you Tahitian! And even make it a “crush” with seeds.

My grandfather, Ray Lochhead, and now my uncle, Don Schmidt, work long and hard to duplicate the many complicated shades of vanilla. Vanilla holds so many dimensions, and carries so many different flavor profiles depending on its origin, that the experiments can almost be endless. Talk to us about our Category II and III vanillas: natural and pure blends, and also imitations. We match price point with premium flavor. That’s the point of being manufacturing chemists!